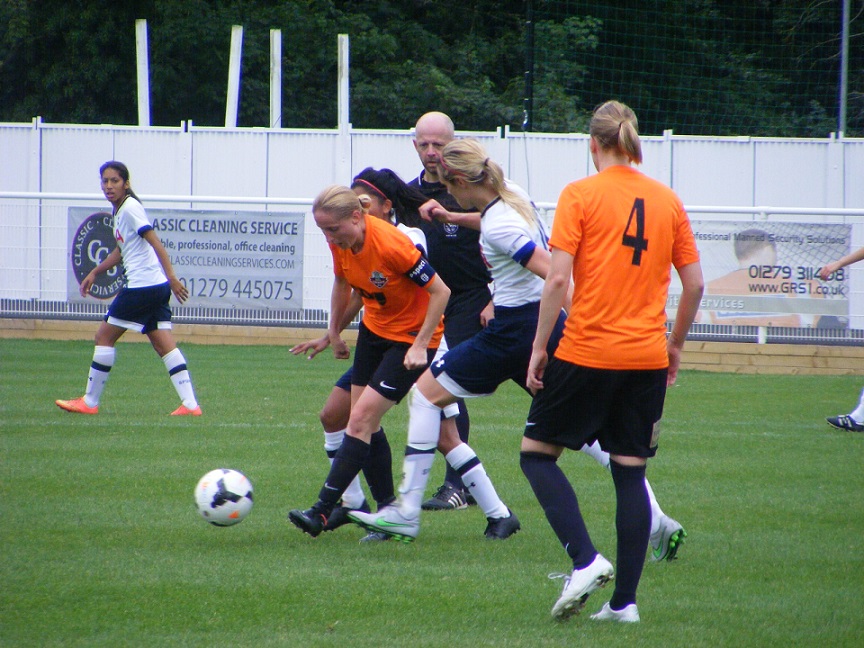 The latest report on on my Supporting Women’s Football Blog features a tie from this Sunday’s Determining Round of the #FAWPL Cup. A trip down to Cheshunt FC the new home of Tottenham Hotspur Ladies as they took on visitors Lewes Ladies, a team I have been keen to see play for some time to as the name of the round suggests determine whether the victor would be entering the FAWPL Cup proper or going into the pot to contest the FAWPL Plate instead. Click on the link below to read the match report.

The new season of women’s football in the FAWPL continues this Sunday as the competition enters it’s 2nd round of league matches. I was keen to get to see another 2 sides play in the South East Division One and with plan to see Arsenal Ladies v Chelsea Ladies in the FAWSL evening kick off later that day a trip down to North London was in order, more precisely to Donkey Lane and the Queen Elizabeth II Stadium to watch Enfield Town Ladies as they played host to one of the favourites to win the league Crystal Palace Ladies.

Click on the link below to read the match report.

A new season of FA Women’s Premier League football kicked off this weekend and I went along to watch the opening match in FAWPL South East Division One between Norwich City Ladies, who endured a torrid season last campaign finishing bottom with a negative points tally after being deducted points. A new season and a new start as they begin this season with a new manager, James Buhlemann in charge and welcome back a few experienced players.

Their opponents, Cambridge United WFC, who themselves were starting a new era having merged with Cambridge United FC over the close season were looking to push on make progress in the league in their new colours for both an opening day win was very much the target. Click on the link below to take you to the match action