The top 2 meeting for the 2nd time this season with leaders Silver End United Ladies 3 points clear at the top of the Essex Women’s Premier Division travelling to play 2nd placed Collier Row Tigers who have a game in hand. A 2-2 draw when the sides met in the reverse fixture back in September. The only points both have dropped so far. Both in great form, Collier Row Tigers getting into a 2-0 lead at half-time went on to score a 3rd without reply 2nd half to win 3-0 and in the process move to the top of the Premier Division table on goal difference. The goals keep coming for Laura Bunton, scoring twice against Silver End takes her to 23 for the season so far. Roseanne Shafier also on target with a goal moves onto 9 for the campaign. 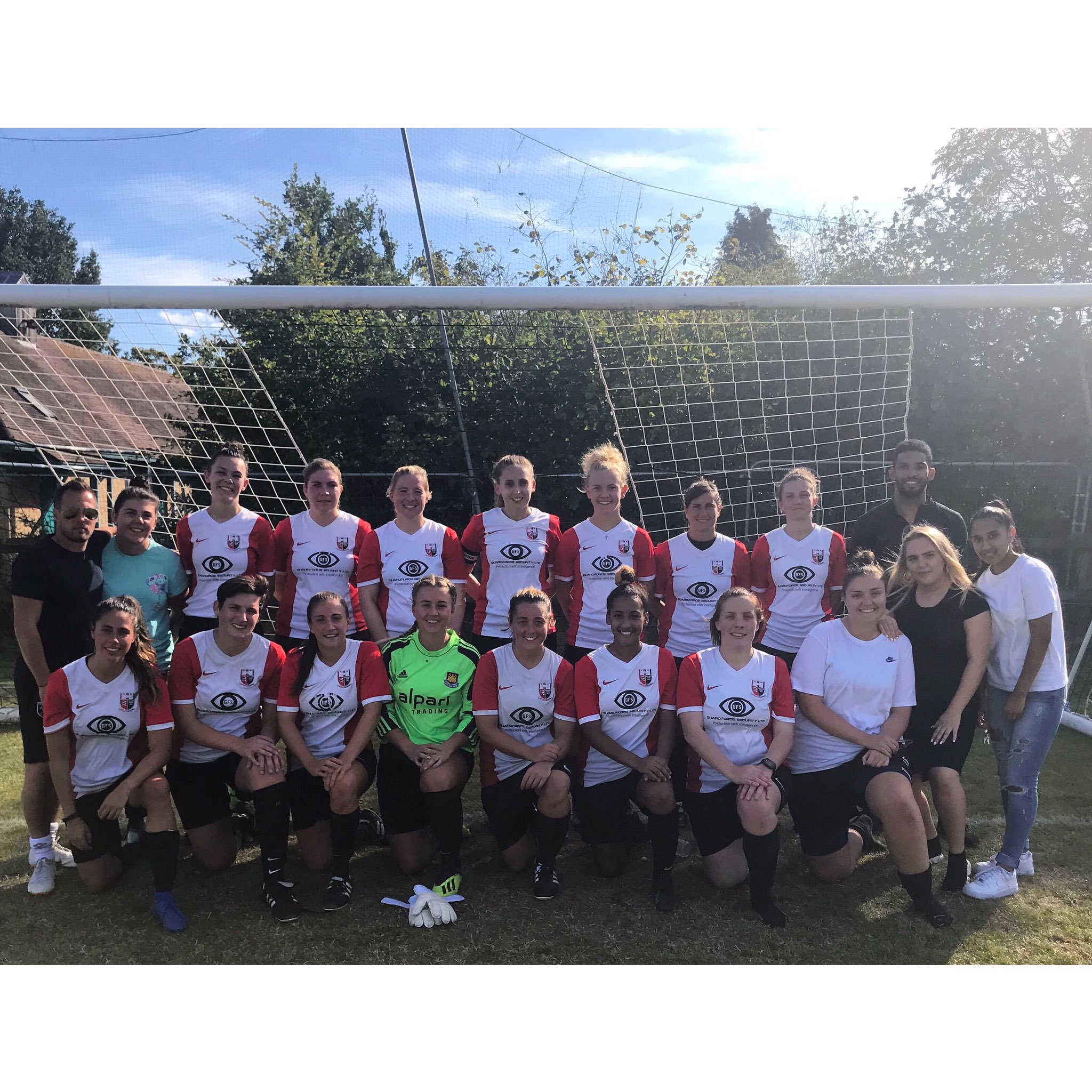 Third placed Chelmsford City Ladies at home taking on bottom side Beacon Hill Rovers Ladies this Sunday in the Premier Division. Chelmsford making a great start ahead inside the opening 5 minutes, Ciara Meeking with a glancing header from a cross to make it 1-0. Abigail Woollvin brought down in the box to see Chelmsford awarded a penalty. Amelia Murphy stepping up to make it 2-0 from the spot. Gaby Freedman with her first goal of the season scoring from a corner to see Chelmsford leading 3-0 at half-time. Molly Butcher making it 4-0 soon after the restart racing onto a through ball to put the ball into the top corner. Shannon Kelly scoring to make it 5-0 to Chelmsford. Amelia Murphy with her 2nd of the game lobbing the keeper to put Chelmsford into a 6-0 lead the final score 7-0 with Woollvin smashing the ball into the back of the net.

The two promoted sides met for the 2nd time this season on Sunday with Billericay Town Ladies Development hosting Rayleigh Town Ladies. The reverse fixture early in the season seeing Rayleigh Town win 8-2 and claim their 1st and only win so far in the Premier Division. 4 points from their opening 2 matches have since lost 5 in a row. Billericay having lost their opening 2 league games found their feet in the league despite being docked 3 points. A comfortable win for Billericay on Sunday their 3rd of the season top scorer Sophie Nyiro scoring 4 goals has 12 in total. Rebecca Gallagher also amongst the goals netting a brace has 8 now for the season. Rachel Armstrong-Morris making her 1st appearance of the season also getting on the scoresheet in a 7-1 victory. Isabelle Wallings with the goal for Rayleigh.

The points shared between Frontiers Ladies and Southend United Ladies in the Premier Division both goals coming in the 1st half. Emma Parker scoring her first goal for Frontiers, Harriet Hiskett with her 5th of the season ensuring a point for Southend chances to win the game for both sides Danielle Summer making her debut in goal for Southend the visitors Player of the Match.

Corringham Cosmos Women leading Essex Women’s Division One three points clear of 2nd placed Aveley Ladies with a 100% winning start 6 wins from 6 played. Dropped points for the first time this season as they were held to a 2-2 draw away to Leigh Ramblers Ladies Reserves on Sunday. Rebecca Corcoran scoring early in the game for Corringham Cosmos, Kimberly Lyall with her first goal for the club scoring late in the 1st half. Points dropped for the 1st time this season as they look to bounce back to the Premier Division, Corringham still manage to extend their lead at the top.

That because Aveley Ladies in 2nd lose a 3rd league game in a row after making a brilliant start winning their opening 5 games in Division One. At home this Sunday were beaten by Chigwell Ladies who themselves make it back to back wins after claiming their 1st victory of the season last weekend at home to Chelmsford City Ladies Reserves. Chigwell having just the 10 players available finishing with just 9 making the win more impressive. Amy beadle and Megan Murrell with their first goals for Aveley the hosts losing the match 4-2 as Chigwell’s Leah Mills netted a hat-trick. Moves onto 4 goals for the season level with Jessica MacNab who was also on target for Chigwell’s other goal.

A win on the opening day of the season away to Chelmsford City Ladies Reserves, new side Bowers & Pitsea Ladies Development hadn’t won since losing their next five to plummet down the Division One table. At home to Chelmsford City once again this Sunday a battle of the bottom two with the hosts without a point from 5 games played so far this season. Bowers & Pitsea making a blistering start dominating the 1st half to lead 7-0 at the break. Ebony Moore making her 1st start scoring a brace. Two goals too for Ellie Jones. Lily Wilding also on the scoresheet with a goal along with first Bowers & Pitsea goals for Sophie Thomas and Jessica Stafford. Chelmsford City with a much improved 2nd half performance battling to keep Bowers & Pitsea from adding to their tally despite having a player sent off.